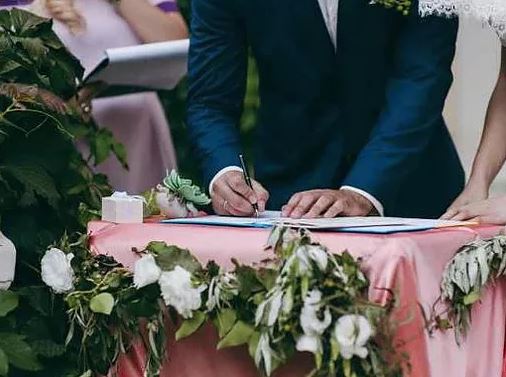 ​Should you need to be an Australian Citizen/Permanent Resident to marry in Australia?
​» No

» Anyone can wed in Australia providing:

​If you have divorced before, please provide original divorce certificate/death certificate of your previous spouse
​
You need to submit NOIM (Notice of Intended Marriage Form) at least one month and no more than 18 months before your ceremony to your celebrant
​
You are able to provide such documents as: birth certificate, passport, driver license

There are special circumstances: if one party who is 16+ wants to marry the other 18+. You will need to grant parental consent and court approval so that the ceremony can be conducted and validated with law.

What documents should I need to have to marry in Australia?
Most of the time, passport will be satisfactory. In case, if you cannot produce passport at the time meeting the celebrant, birth certificate and driver license will do.

If either/both of you have previously been married, original divorce certificate (or death certificate of the previous spouse) should be produced at the time meeting the celebrant.

If your ID cards or documents are written in another language other than English, you need to have them officially translated into English. The National Accreditation Authority for Translators and Interpreters website has a list of translators, who can help translate your documents officially.

Should we need to have lived in Australia for a given period of time before we can marry?
» No

You don't need to have lived in Australia for a given period of timeframe as long as you lodge your Notice of Intended Marriage form at least one month before the date of your ceremony and you comply with all other legal requirements.

Can we re-marry in Australia if we've married in another country?
» No
If you have already legally married in another country, then your marriage has been registered in that country. It is an offence to have a second marriage ceremony. If you have already married, you can hold a renewal of vows or commitment ceremony in Australia.

How many witnesses do we need?
You need two witnesses at your ceremony. They must be over 18 years of age and understand English.

What happens if my partner does not speak English very well?
You will need to have an interpreter, who speaks both English and the language which your partner speaks/understands.

The interpreter will sign a declaration, which states they can speak/understand the two languages. And after the ceremony, they will sign a second document called declaration of faithful performance.

The National Accreditation Authority for Translators and Interpreters website has a list of translators/interpreters that may be suitable to your spoken languages.